39 Days Of Exercise, No Breaks

Last week, I shared with you that I went to Denver for a birthday trip which turned into a fashion inspiration trip.  I like to make a big deal of my born day and this year was no exception.  So, in addition to taking a roadtrip to Denver, I wanted to kick it up a notch.

As another way to celebrate,  I created a fitness challenge to workout every single day for the 39 days leading up to my birthday.  Exercise has been apart of my life for almost two decades.  No really, my routine for almost two decades is to hit the gym and exercise for 4 to 5 days a week.  I’m so used to it that 39 straight days sounded like nothing.  Additionally, my fiancé (who was only a few months into beginning his own exercise journey) was along for the ride.    The final day was to be a hike up a huge mountain in Denver.  Here is how it went. 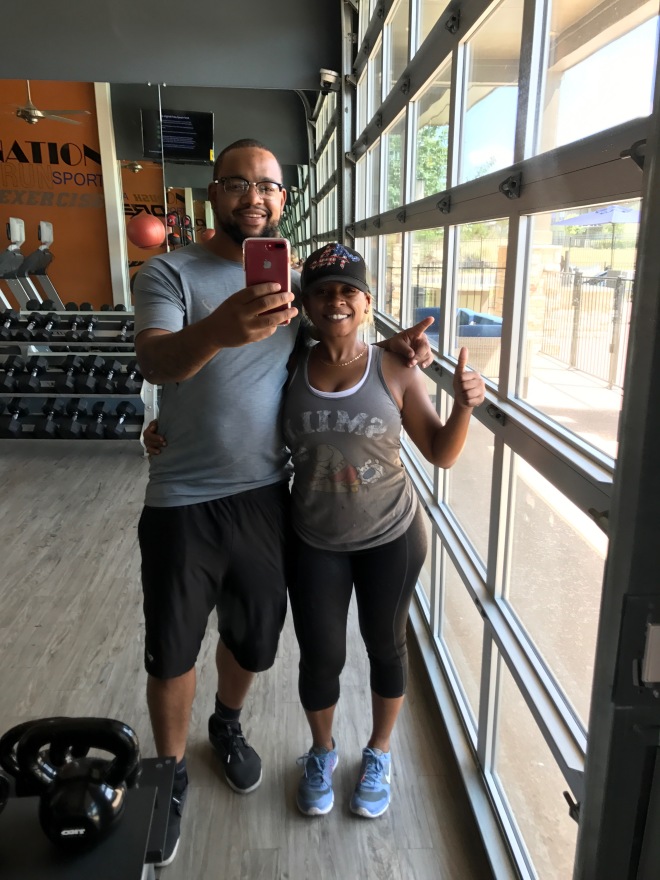 Week 1 & Week 2 was a breeze.  We hit the gym around 6pm Monday through Friday like clockwork.  The first week, we did our usual routine.  (45 minutes of cardio on the treadmill 2 days/week, 30 minutes of cardio with 20 minutes of strength training 2 days/week, weights only on 1 day/week, 4-5 mile park run on one day of the weekend, &,  HIIT on the other weekend day.

Week 3 we changed it up and added hiking in on one of the days.  By the end of week 3, the conversations on our 5 minute to the gym changed.  It used to be about what we were going to do after the gym or what happened at work earlier in the day. The convo changed to, “My hip hurts, I can run on an incline today” or “Did you put the menthol cream on your leg so it will stop hurting?” and even, “Let’s get this shit over with”.  One break day was all we needed, but we had to push through.

Week 4 had it’s highs and lows.  Although, we were dying to take a day off, we also found so much pride in knowing that we’d come to far to turn around.  One of the days during this week 4, I had menstrual cramps so bad that Midol wouldn’t take them away.  This was on the same date that my fiancé had shin splints so bad that he spent the night before staying up late looking for ways to make the pain go away.  We both wanted to lay on the couch and lay around so bad.  But instead of doing that, we waited until around 8pm when it finally started to cool off a bit.  And we took a slow and steady 3 miles walk around our neighborhood.

The last 3 days was a challenge.  Not because we were sore on every part of our body (because we were ).   But planning for a road trip from Texas to Colorado meant we had to make sure the car was road trip approved by getting tires, oil change, etc.  Planning, packing, and figuring out how to exercise while on the road.

Day 36 we left Texas at 8am and finally arrived in Denver around 9:30pm.  Traveling in my workout gear was a good idea.  Because after checking into a hotel, we dropped our bags in the room and knew what we had to do.  So, we found ourselves running 3 miles around downtown Denver at 10pm.  It was exhilarating!

Day 37, we woke up in Denver and I was ready to hit the hills.  Look, I enjoy day drinking while on vacation.  The only way I could start early was to work out even earlier.  Which is why, we were at the center of downtown Denver running like a maniac with the rest of the early morning runners and cyclists.  I have to admit the elevation did affect our breathing on the run.  At some points the tightness was real but we continued to push through.

Day 38,  was even better than I expected.  I woke up super early to find out the hiking hot spots so we can be at the top of someones mountain before noon.  After much scrolling, we decided on Red Rock Canyon.  After a winding drive to Red Rock, we hiked up a bit to find a mecca for fitness people.  The Red Rocks were amazing and the views breathtaking.  Lucky for us, there was no event going on at the auditorium portion.  We walked around the corner into the auditorium to find people of all shapes, colors, and athletic levels exercising their hearts out.  Running up the stairs, tricep dips off the seats, even burpees up and down the auditorium.  I got dizzy just looking at it!  But we were no exception.  Push-ups, jump-ups, sit-ups, leg presses…we did a complete burn under the Colorado sun, right in the middle of the mountains.  It was absolutely amazing!!!

I wish I could give you detail on our exact pound and inches lost.  But I’ve had a habit from a long time ago of staying away from the scale.  I exercise and eat pretty healthy.  Stepping on a scale each week isn’t going to do anything but make me neurotic about a number.  And since I don’t know what that number is…I decide to not bother with it.  I go based on how I feel, how my clothes feel, and how I feel about what I see in the mirror…period.  But I can say for sure that we both dropped pounds, inches, and became much stronger.  My #39daysweatchallenge helped to support my idea even more that I can do anything I put my mind to.  Just take it one day at a time…fearlessy.

The next challenge has already started and it involves pull ups.  I will let you know how it goes.  Have you put yourself through a challenge and what was the outcome?  Let me know in the comments…

When glam meets a coverup 💕
The Coverup Collection continues with The Muu 👙 Available now and already almost sold out! Click the link to see details and to cop yours 👩🏽‍💻
Finishing up the 2nd drop in the Coverup Collection! The Muu will be available Friday 👙Wait ‘til you see the entire piece! 🔥🔥🔥
Pool or ocean water is never been kind to my hair. 🤦🏾‍♀️